Deprecated: Function create_function() is deprecated in /home/hugivntj/misifm.com/wp-content/plugins/wp-spamshield/wp-spamshield.php on line 2029

Connections on BBC Radio 4
Connections is made up of three short dramas from three exciting new writers, starring Liz Carr, Chloe Ewart and Nadia Albina. It is part of BBC Radio 4’s Exploring Disability Through Art. This November sees the 25th anniversary of the Disability Discrimination Act, one of the greatest civil rights landmarks in our history which criminalised discrimination against disabled people in many areas of life. This moment is being marked across the BBC, with a special focus on the arts.
The dramas were written and remote recorded during the Spring lockdown as part of a five part series of short dramas. The other two dramas were by Michael Southan and Shahid Iqbal Khan. Sarah Daniels, leading radio writer, provided script support.

Naked Productions developed the project with input from Graeae Theatre, to ensure that disabled writers and actors had a platform in the arts during the first stages of lockdown.
Inspired by that first wave, we asked the writers to create dramas set in different kinds of isolation and to explore what positive connections can be made in difficult times. Many disabled and D/deaf people experience isolation on a daily basis and so for many of our crew, the notion of isolation and how to survive/overcome it was not new.
Each drama looks at a different example of isolation, from a disabled perspective, and explores what connection means to different people. The brief was to offer entertainment, provoke thought and encourage optimism during a difficult time.

A transcript of the dramas will be available on BBC Radio 4 website on broadcast.

A divorcee comes to terms with her new life, but trying to get rid of her wedding rings proves surprisingly difficult

2. To the Stars by Leanne Allen

A young woman reaches out to her estranged mother, and inadvertently connects with a lonely stranger.

Leanne Allen is a new writer from the Midlands, who first started writing in 2018 when she attended the ‘Writing for Radio’ course at Moniack Mhor. Since then she has gone on to write for projects with Naked Productions and Theatre of Debate. Connections her first radio drama. Leanne’s work with Theatre of debate was written as part of the ‘COVID And Me’ campaign by the National Institute for Health Research. The monologue was made public on the NIHR website in 9th July 2020 and shared widely across social media.’

3. My Time by Kathryn Golding

Sitting out lockdown by sorting out her cupboards, a woman finds old mixtapes that rekindle a friendship.

Kathryn Golding is a British playwright currently on the BEATS Fellowship programme.

First published in 2018, she was on a year-long attachment with Graeae Theatre Company as part of their Write To Play programme, as well as writers groups at the Royal Court and Soho Theatre. Her first full-length play, A PERPETUAL STATE OF HAPPINESS, developed with Graeae, had a rehearsed reading in 2019 at the Bush Theatre. Her previous work has been showcased at Soho Theatre and the Royal Court Theatre Jerwood Upstairs.

Connections was originally funded by the Audio Content Fund and broadcast on UK community radio.

It is a Naked Production for BBC Radio 4.

Please always credit the above in any print media and use the logos below. 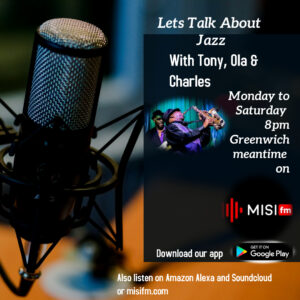 Do we have something in common? 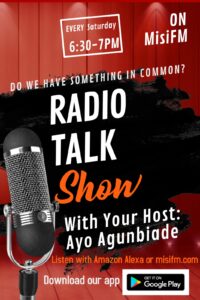 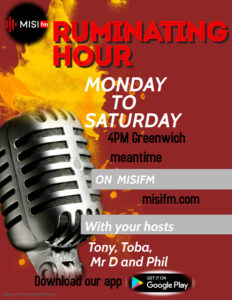 MisiFM is a 24hour rado station thats designed to add flavour to your day. We have a variety of genres and categories to meet every special need. As a 24hour radio we exist to serve all your entertainment needs.